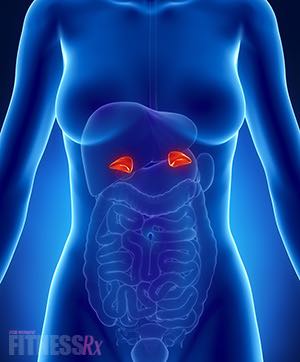 Whether it’s from life or massive amounts of exercise, increased stress on the body can naturally elevate cortisol levels. This can be bad news for anyone serious about their fitness goals, as cortisol can have an impact on both your ability to gain or even maintain muscle and burn off body fat! 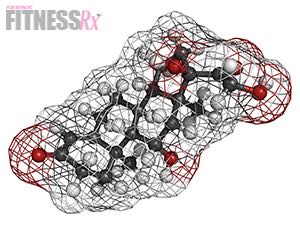 Cortisol is a catabolic, muscle-wasting hormone produced by the adrenal glands whenever we encounter stress. Cortisol can also have a direct impact on other important hormones involved in muscle building and fat burning. Increased cortisol can deplete the level of the neurotransmitter serotonin, which can have a direct impact on sleep, recovery and appetite. If you want to control this hormone, be sure to get your 8 hours of sleep every night, don’t sweat the small stuff and consider using a cortisol control supplement. Cortisol supplements can support normal levels of cortisol, while ensuring muscle building and fat burning are still being maintained! 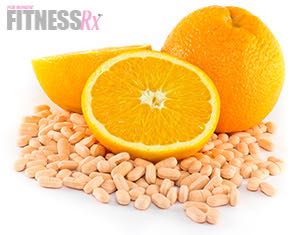 This antioxidant vitamin has been shown to help reduce cortisol post exercise. One study showed that providing physically active individuals 800 mg of Vitamin C for 6-weeks prior to a 90-minute high-intensity interval running program had lower cortisol levels post-workout than the placebo group! Not to mention the individuals supplementing with Vitamin C cleared cortisol more quickly with significantly lower cortisol after 1 hour of recovery. 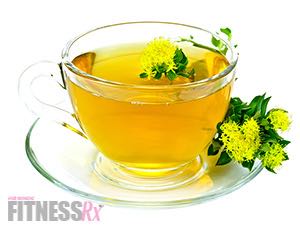 There are other studies to support vitamin C’s effectiveness for reducing cortisol by diminishing oxidative indicators produced when cortisol is elevated. Most studies support the use of higher doses of vitamin C to help control cortisol. Consider using anywhere from 500mg to 1000mg.

Derived from soybeans, phosphatidyl serine (PS) supplementation has been shown to blunt cortisol response due to exercise stress. A recent study found that peak cortisol concentrations were lower after exercise following a supplement regime of 600mg of PS for ten days. Another study showed that an 800mg dose lowered cortisol response by as much as 30% after cycling exercise. Supplementation with PS has also been shown to prevent muscle soreness, speed recovery, improve wellbeing, enhance endurance and improve performance in the gym. Supplement with a 600 to 800 mg dose of PS prior to exercise for best results.

This adaptogenic plant has been shown to improve resistance to stress. In a recent study, subjects who received Rhodiola experienced no change in their cortisol levels while levels rose among placebo participants after exposure to chronic stress in the form of endurance exercise. Additionally, those who received Rhodiola also increased oxygen efficiency reducing oxidative stress.
It has been suggested that Rhodiola works by interacting with the adrenal glands to reduce cortisol production while also enhancing stress-resistance proteins and up regulating stress-sensor proteins that reduce the production and impact of cortisol. This improves both physical performance and mental capacity to deal with stress. An effective dosage for Rhodiola Rosea ranges from 250mg to 500mg per day providing at least 3% of the active rosavin extract.

Prolonged intense exercise has been shown to not only reduce plasma glutamine but to also increase cortisol levels. Supplementing with glutamine can help maintain nitrogen balance in the muscles by sparing amino acids needed to maintain muscle anabolism or muscle building. This, in turn, helps reduce cortisol levels from rising—essentially keeping muscle catabolism or breakdown away! What’s more, glutamine can also stimulate Growth Hormone (GH) levels, which can also reduce cortisol response. Supplement with glutamine at a dose of 5g per day post-workouts or prior to sleep.

This Indian herb is a powerful antioxidant and adaptogen that has some amazing stress relieving properties, including reducing cortisol production and reducing free radicals involved in cognitive neural disorders. Ashwagandha has been shown to help improve energy, enhance performance and improve recovery from the stress of exercise. A recent study showed a daily dose of 600 mg of a high concentration extract dose of Ashwagandha root supplemented for 60 days was associated with 28% reduction in cortisol levels. Other studies have shown similar response at a similar dose. Consider supplementing with 500 mg to 600mg of Ashwagandha root to help lower cortisol levels.

Olsson EM, von Scheele B, Panossian AG. A randomised, double-blind, placebo-controlled, parallel-group study of the standardised extract shr-5 of the roots of Rhodiola rosea in the treatment of subjects with stress-related fatigue. Planta Med. 2009 Feb;75(2):105-12.