Fitness, strength, power, endurance and beauty come from beating the challenge. The higher the intensity of your workout, the longer that you can sustain working out and the more consistent your training is day after day— and the more sculpted your physique will be. The foods that support true fat loss and performance are those that fuel your mind and body, and keep you feeling your best so that you can train hard, recover and repeat! 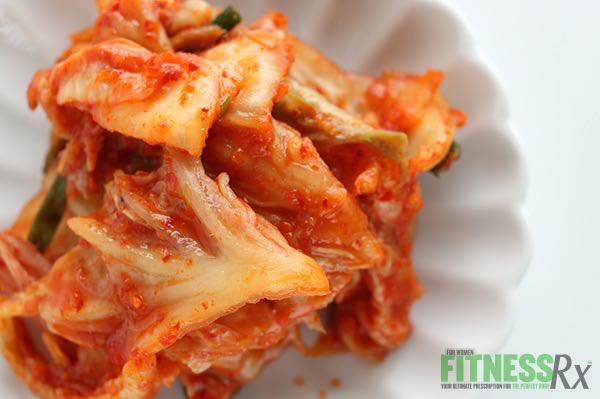 These are not the foods that are part of your cultural heritage, but the foods that contain those all-important probiotic cultures. The significance of the symbiotic relationship between our human cells and our brethren of bacterial and yeast origin is becoming clearer every day. As each new research study is published, we find that these cells boost our health and prevent disease in more ways than we could have ever imagined. Recent data has shown that specific probiotic strains may even assist with fat loss and maintenance of a healthy bodyweight.1-3 If training on a daily basis is important to you, include cultured dairy foods like yogurt, kefir and labneh; fermented vegetables like sour pickles, sauerkraut, kimchi, tempeh, natto and miso; Moroccan-preserved lemons and the beverages kombucha and amazake. 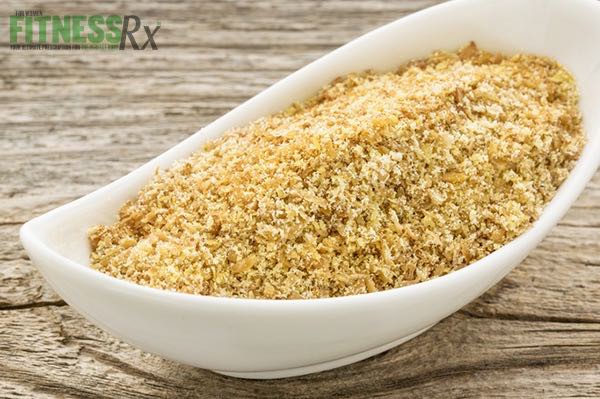 You need food to stay strong and healthy, and so do the probiotic strains. Flaxseed meal is rich in inulin, a non-digestible fiber that feeds the flora in your gut. In all likelihood, diets rich in a variety of fibers, including inulin, create an environment in your gut to allow the healthiest biome to flourish, keeping you strong and healthy inside and out. Flaxseed must be ground or else you don’t get the benefit of the fiber.4 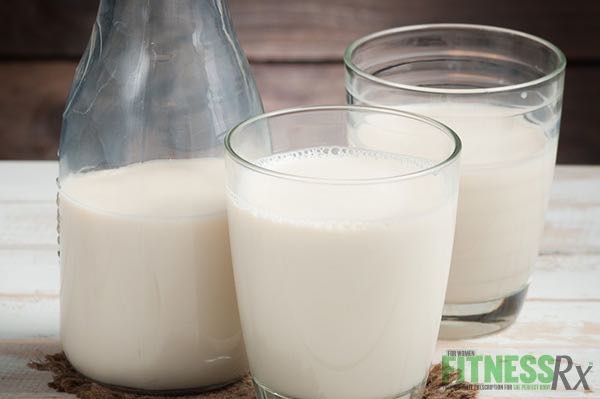 Getting yourself to the gym or the field requires feeling like you want to go there. Mental focus, mood and mental energy are all part of consistent training and the ability to sustain an intense workout. Milk is one of my all-time favorite “feel-great foods.” Milk is high in the amino acid tryptophan, a building block for the manufacture of serotonin in your brain. Serotonin is our primary “good mood” neurotransmitter, and without tryptophan, serotonin levels are low and a bad mood, or even depression, isn’t far behind. The natural combination of carbohydrate and protein in milk allows for the rapid transport of tryptophan into the brain, which is impeded without carbohydrate. Milk is fortified with vitamin D, also required for serotonin production. In addition, multiple studies have shown that whey protein and calcium from dairy foods is associated with fat loss, lean muscle gain and better maintenance of a healthy bodyweight.5

If you can’t drink cow’s milk, then goat’s milk is a close second. Soy milk fortified with vitamin D and calcium is good, but nut, seed and grain milks are much lower in protein and have a completely different nutrient composition. 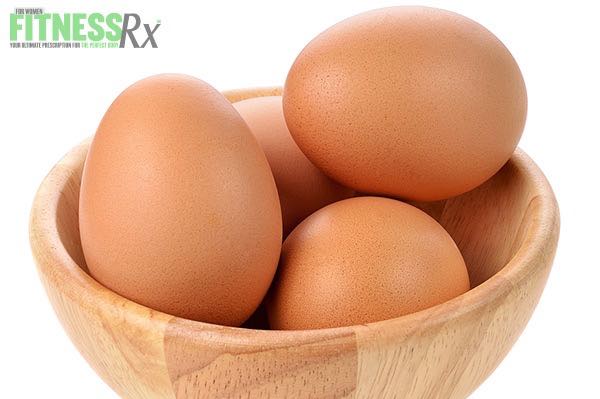 Calorie-wise, egg yolks are the primary source of choline, a B vitamin, in our diets. Choline is half of the neurotransmitter acetylcholine, which is active every time we think or move— so that’s 24/7! Americans, fearful of cardiovascular disease risk, have been dumping egg yolks down the drain for the past 30 years, and our consumption of choline has been going down the drain with the yolks. As a nation, we are consuming barely one-third of our dietary need for choline.

The alarm bells have rung in the nutrition world, and we are now strongly recommending that everyone add at least one egg yolk a day back to their diets,6 especially since multiple studies have now shown that an egg yolk a day does not raise cardiovascular disease risk, even in people with coronary artery disease.7 Choline is also critically important for the health of brain cells. So if thinking and moving is important to you, and you can’t train hard without that, then add at least one egg to your daily routine. 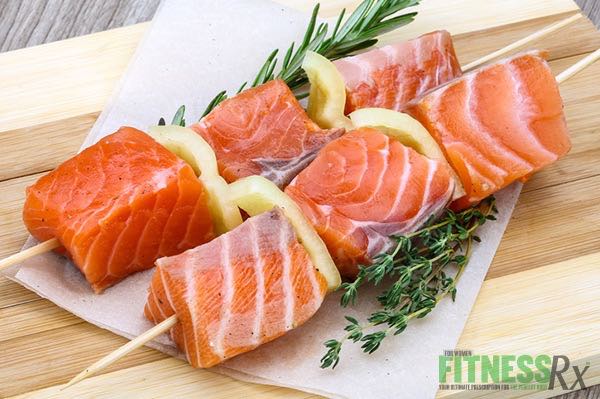 Fish oil has been widely touted as a way to fight inflammation, and the research is there to support the claims. Now fish protein may have its own special effect— helping tamp down oxidative stress and allow for better overall fat loss.8 While taking fish oil supplements is certainly an important foundational health strategy, eating fish as a primary protein source is also important. I ask my clients to aim to eat five fish meals each week.9 All fish is better than a hot dog, so you can count white fish like turbot along with fatty fish like salmon and mackerel. Fatty fish is also high in vitamin D, helping to keep you in the mood to exercise. 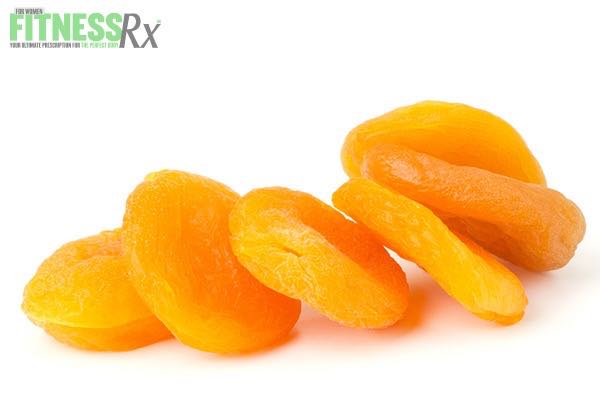 A study of athletic women found that 50 percent had a compromised iron status but were not necessarily anemic.10 Recent research has shown that even without anemia, low iron status may increase fatigue and diminish exercise performance. Women with low iron status spend more time in a sedentary state, and the investigators in this study speculate this circumstance may lead to weight gain over time.11 Heme iron from animal sources has greater bioavailability compared to non-heme iron from plant foods. Iron-rich animal foods include lean red meat and dark meat poultry, clams, mussels, mollusks and oysters. To enhance iron absorption from plant foods, combine these foods with either an iron-rich animal food, or a source of vitamin C. Plant sources of heme-iron include iron-enriched breads and cereals, one cup of cooked beans, one ounce of pumpkin, sesame or squash seeds, one baked potato, one medium stalk of broccoli or one cup of dried apricots. 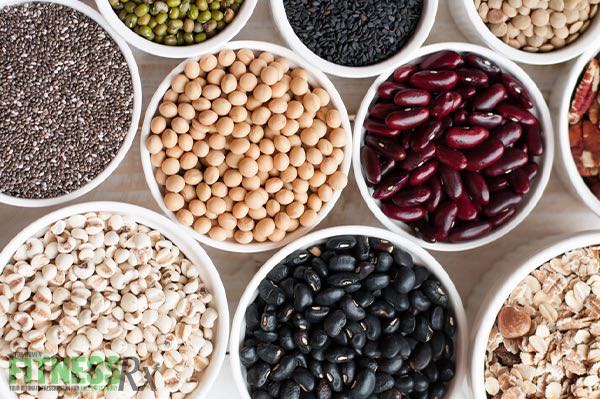 Beans are another one of nature’s “feel great foods” with a built in combination of protein and carbohydrate. But that’s just the beginning. Beans are rich in soluble fibers that help to fill you up and keep you feeling satisfied for longer. While the starch refuels your muscles and the protein supports recovery, the magnesium, potassium and calcium help to keep your electrolytes in balance. Beans are also rich in iron, zinc, folate and vitamin B6, which support your training, recovery and overall health to keep your workouts consistent and your metabolism high day in and day out. Include a wide variety of legumes in your recipes, such as garbanzo, black, navy, pinto, kidney, lima, soybeans, black-eyed peas, yellow, red and brown lentils, and yellow, green and red split peas. 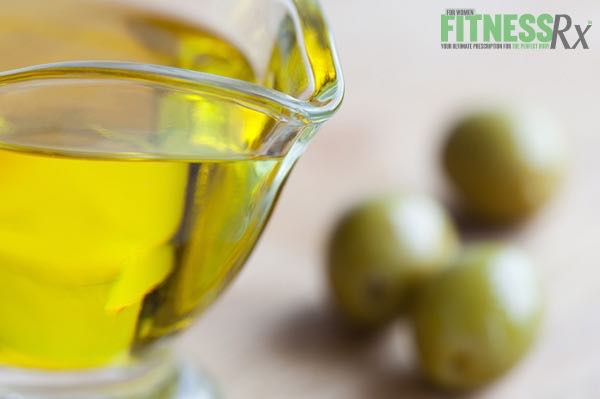 There is a notable difference between olive oil and extra-virgin olive oil (EVOO). The processing is different, the taste is usually different, and the use in cooking is different, yet they are both generally healthful additions to your diet. A significant health factor has also been identified that is exclusive to EVOO is oleocanthal. Oleocanthal is a natural phenolic compound that is a potent anti-inflammatory, similar to the non-steroidal anti-inflammatory drug ibuprofen. Oleocanthal is responsible for the peppery finish often experienced when consuming EVOO alone or with just a bit of bread. When you train hard enough and long enough to get a training and sculpting effect, you may benefit from keeping your tissues bathed in this healthy anti-inflammatory that has no negative side effects and will only add a lovely flavor and texture to your meals.12 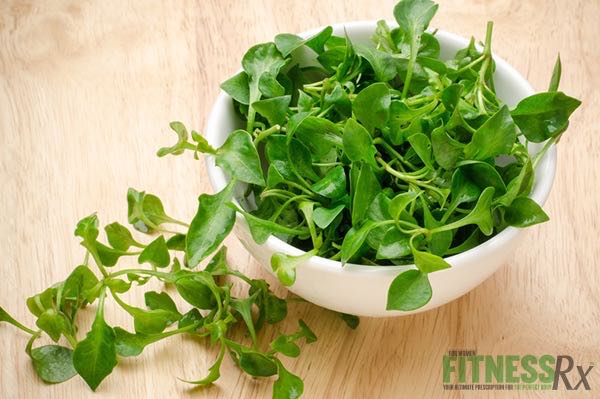 Sometimes researchers have the most interesting ideas. Knowledge of the potential antioxidant capacity of the nutrients beta-carotene and alpha-tocopherol found in watercress led investigators to feed subjects watercress two hours before an acute bout of tissue-damaging exercise and then also for a period of eight weeks along with chronic exercise that induced tissue oxidative damage. Both the short- and long-term protocols resulted in a protective effect in the watercress-supplemented subjects against the DNA-oxidative tissue-damaging effects of the exercise.13 Limiting tissue damage after exhaustive exercise may lead to more regular, daily bouts of hard training, allowing you to maximize your workouts for optimal sculpting. 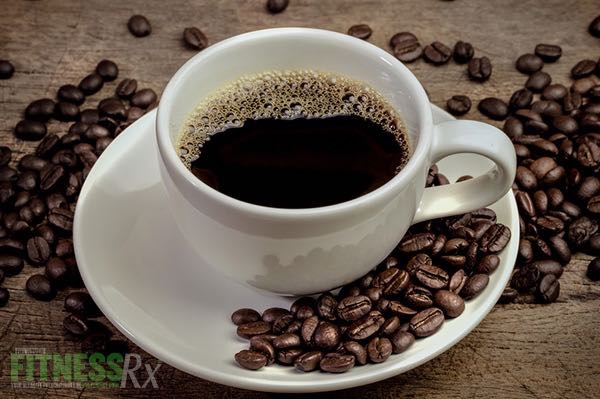 The use of caffeine to enhance exercise performance is an age-old and evidence-based practice. Effective doses of caffeine work to lower the Rate of Perceived Exertion (RPE) during aerobic exercise; in other words, you can work out harder for longer and not notice it. In the same amount of time your work output goes up, and so does your calorie burn.

More recently, a study was conducted to test whether an equivalent amount of caffeine from coffee has the same effect as caffeine alone. The researchers gave subjects a controlled dose of caffeine, a placebo, caffeinated or decaffeinated coffee equivalent to 2.27 milligrams of caffeine per pound of bodyweight. They found that the caffeine and caffeinated coffee gave equal benefit to the subjects’ performance, and the placebo and decaf did nothing.14 So if you are a coffee drinker, put your coffee to work for you. Drink it before exercise to push for peak performance and maximum sculpting.

2. Zarratti, et al. Effects of probiotic yogurt on fat distribution and gene expression of proinflammatory factors in peripheral blood mononuclear cells in overweight and obese people with or without weight-loss diet. J Am Coll Nutr. 2014;33(6):417-25.

14. Hodgson, et al. The metabolic and performance effects of caffeine compared to coffee during endurance exercise. PLoS One. 2013;8(4):e59561.