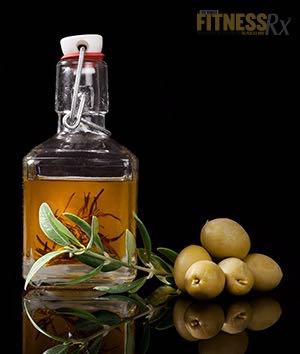 As you know, pathologic fat accretion results in obesity. The medical community and pharmaceutical industry have been struggling to address this burgeoning condition in the Western culture— particularly in the United States. Obviously, individuals have also been struggling in their attempts to avoid or correct unsightly or unhealthy fat gain. Imagine the shame these professionals and people must feel when they realize they may have been ignoring a risk-free, health-promoting, inexpensive dietary ingredient that can enhance fat loss.

EVOO is an acronym that stands for “extra virgin olive oil,” popularized by the vibrant and spunky television personality Rachel Ray. Despite an electrifying smile and energetic personality, Rachel Ray does not possess an athletic physique. That may be a result of her goal being flavor, not physiology. EVOO is a staple in Mediterranean cuisine, underappreciated and underutilized in Northern European and American kitchens. Olive oil is a prominent component of the Mediterranean diet, highly regarded for its health-promoting effect— particularly cardiovascular health. Yet, one never hears of olive oil connoisseurs extolling the weight-loss and fat-burning properties of EVOO.

Olive oil is graded “extra virgin” based upon the unprocessed manner of extraction and low acidity, as dictated in the United States Standards for Grades of Olive Oil and Olive-Pomace Oil and other authorities.1 Not specified in these documents is polyphenol content, an important factor in the health-promoting effects of EVOO. Surprisingly, the highest polyphenol content is often found in the “big box” store brands (e.g., Kirkland brand— Costco) of EVOO, and most (69%) imported EVOO failed when tested for sensory and chemical standards.2 This may represent shipping and storage (e.g., transit delay, light or heat exposure) issues, or adulteration with inexpensive, lower grade olive oil.

Olive oil has a very high content (77%) of monounsaturated fat (predominantly oleic acid— 55%), with the remainder consisting of polyunsaturated (9%) and saturated fat (14%). In addition to the polyphenols, there is also a considerable presence of diacylglycerol (DAG). DAG is similar to fat (triacylglycerol or TAG) in that a glycerol backbone is bonded to fatty acids. Fat (TAG) contains three fatty acids attached to the three binding sites, whereas DAG has only two fatty acids attached. As there are three sites (1,2,3), DAG can be designated as 1,2-DAG or 1,3-DAG. EVOO has a higher ratio of 1,2- to 1,3-DAG. All these components contribute to olive oil’s ability to aid in managing weight at the least, if not also aiding in fat loss. 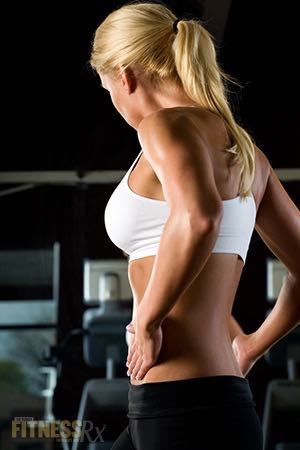 The polyphenols are a complex blend. When examining studies of polyphenol-rich olive oil, it is clear that health benefits are realized in humans, including: cholesterol (total and LDL) and triglyceride reduction, increased HDL (good) cholesterol, improved antioxidant status, and reduced systemic inflammation.3-6 In regards to fat loss, one polyphenol demonstrates real potential as an adjunct (add-on) to existing obesity treatments. Oleuropein is one of the most potent antioxidants in olive oil, likely accounting for many of its protective effects against cardiovascular damage, neurologic degeneration, and oxidative-related cellular damage.7-9 If the findings in animal studies translate to humans, oleuropein (or the related polyphenol, hydroxytyrosol) may also protect against hepatic steatosis (fatty liver).10,11 When fat infiltrates the liver, due to alcohol abuse, high-fat diets, obesity, or other causes, it leads to harmful changes, such as inflammation and insulin resistance.12 Insulin resistance precedes type 2 diabetes which not only impedes fat loss, but also places the individual at greater risk of cardiovascular events (e.g., heart attack, stroke) and other disease states.

More relevant and exciting is oleuropein’s effects on reducing fat. Oleuropein has been noted in published research to divert stem cells away from becoming fat cells.13 It is essential when reducing fat cell number to avoid overwhelming the remaining fat cells. Otherwise, fat cells expand, becoming hypertrophic and secreting harmful adipokines that increase inflammation. Oleuropein may avoid this consequence by increasing fat burning, accomplishing this by increasing sympathetic tone (adrenalin and norepinephrine release), and uncoupling fat-calorie burning in brown fat.14,15

DAG, or diacylglycerol, is very similar to “regular” dietary fat (TAG), but has distinct effects in the body that support its use in weight loss. The greatest support was for 1,3-DAG. DAG has been shown to reduce the insulin response to a meal, as well as postprandial triglyceridemia (elevation in blood fat concentration after a meal).16-18 DAG oil has also been shown to increase fatty acid oxidation (burning fat for calories) using a highly concentrated form.19,20 Research on DAG oil was promising, but has been delayed as commercial sales have been halted due to safety concerns. Manufacturer Kao believes the deodorizing process creates byproducts responsible for the adverse effects. 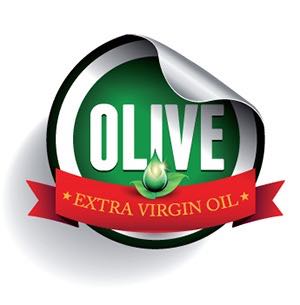 As mentioned, olive oil is rich in monounsaturated fatty acids, with oleic acid being the most prominent. Oleic acid is a metabolically beneficial fatty acid, in that it is readily oxidized, meaning that it is burned for calories rather than being stored as body fat.21-23 The net effect can result in an overall increase in total energy expenditure— in other words, you may end up burning more calories just by consuming olive oil, and nuts, as opposed to other calorie-equal food sources.24 Exercise-free calorie burning, even if it is not a huge number, is a benefit to anyone looking to manage or reduce (fat) mass.

Oleic acid is not just a calorie source, but also acts directly or is a precursor to signaling molecules.25,26 The last several years have seen the emergence of an appreciation for fatty acid-derived messengers to act as paracrine hormones. Paracrine hormones act on tissue immediately surrounding the cells that generate the chemical signal. One such hormone is called OEA— an acronym for oleoylethanolamide.

OEA can be generated from dietary oleic acid, or from oleic acid bound in the membrane of the intestinal epithelial cells.26 These cells, which line the inside layer of the small intestine, sense the intake of nutrients. This stimulates an enzyme to cleave (take off) an oleic acid molecule from the phospholipids that form the cell membrane. Other enzymes convert the oleic acid into OEA, which interacts with receptors that signal the brain (via the vagal nerve) that enough food has been consumed. Once the brain realizes that the energy needs have been satisfied, eating should stop.27

OEA also affects other tissues in manners that aid in fat loss. Exciting research was recently published reporting that OEA stimulates the “browning” of white fat.28 This is one of the processes also attributed to the muscle-derived hormone, irisin. “Browning” refers to a metabolic change in the fat cells that store fat, increasing the number of mitochondria (fat burning organelles inside the cell) and enzymes that drive fatty acids into the fat-burning furnace, rather than the saddle-bags of fat-storing droplets. Not only are fat cells turned into fat burners rather than fat storage, these “browned” cells are more sensitive to the signal that activates this calorie-burning effect.28 A similar effect is seen in skeletal muscle, in that OEA stimulates the oxidation of fatty acids (fat burning).29

It is not a food that many cultures are accustomed to, but olive oil is proving repeatedly to be an all-around super food. It likely still suffers from the misinformed and ill-begotten campaign against dietary fat— the same campaign that popularized trans fat margarines and high-fructose corn syrup.

Olive oil provides protective effects against many of the chronic conditions that plague the U.S. Through the actions of its component factors, it activates fat-burning tissues to favor increased oxidation of fats for calories, or heat loss. The identification of the oleic acid derivative paracrine hormone, OEA, promises new exciting research in this area. With the withdrawal of processed DAG oil due to concerns of the adverse effects of adulterants, olive oil remains as one of the highest concentrated sources of DAG (5.5%). The net effect, which appears to require regular consumption of at least 50 grams daily, appears to be a healthier and fat-reducing metabolism.

Olive oil alone won’t get you lean. But failing to include olive oil in the diet may impair or even prevent maximal fat loss.