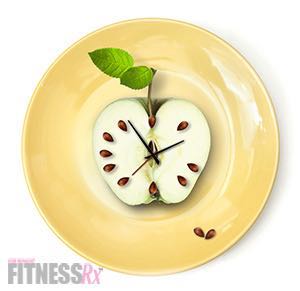 For those of you who take your fitness seriously and/or compete in any athletic sport, you are probably accustomed to eating five to seven meals per day. And, you have done so by carrying your food around with you everywhere you go for fear of missing an important meal. This fear was probably instilled in you by believing that without eating regularly, you would slow down your metabolism! However, research on evaluating meal frequency and metabolic rate is showing a bit of a different story. Read on to find out if there is any truth behind this commonly accepted rule of dieting.

Where did eating smaller, frequent meals come from anyways?

The idea behind eating smaller and more frequent meals came from theory that eating five or six meals per day would help stimulate the metabolism via the thermic effect of food. Thus, doing so would burn off more calories due to frequency of eating. But in actuality, eating more frequently doesn’t have that much impact on metabolism. And in fact, eating five to seven smaller meals is not any better for your metabolism than eating three to four bigger meals or eating your calories in one or two meals! In fact, in one study, it was shown that eating one meal or eating five meals did not influence thermogenesis or metabolic rate.

Is there really any benefit to eating smaller meals? 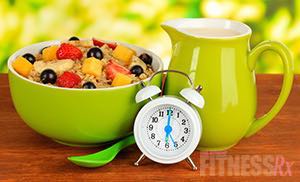 The benefit lies in the control and planning. Eating smaller and more frequent meals can help keep the body stocked with nutrients, maintain stable blood glucose levels and help reduce overeating that can occur when one waits too long to have a meal.

Any diet will work for weight loss—it’s all about creating a calorie deficit to lose weight. Therefore, it appears that meal frequency has little impact on weight loss except for its effects on the amount of food you consume. If eating more meals makes you eat too much then you will gain weight. However, if eating a greater number of meals makes it easier for you to maintain a calorie deficit then you will lose weight.

One study published in the British Journal of Nutrition showed that obese individuals who were randomly assigned to eat either three meals or six meals a day for 8-weeks (same number of per day calories) found that both groups lost significant and equivalent amounts of weight. There was no difference between them in terms of fat loss or metabolism. It should be noted that the majority of studies utilizing meal frequency interventions have been performed on overweight or obese populations. However, further studies have found that increased meal frequency doesn’t appear to significantly enhance diet-induced thermogenesis, total energy expenditure or resting metabolic rate.

Why do most diets have you eat so frequently? 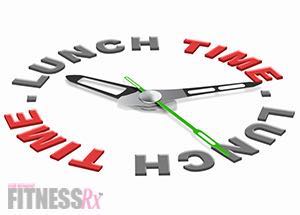 Well for one, there is quite a bit of research that does support the idea that eating more frequently has health benefits when it comes to controlling blood glucose levels, insulin response and blood lipid levels. Other studies have shown that splitting calories into multiple meals can help control hunger and encourages less eating.

Increasing meal frequency, particularly protein, during periods of restricted dieting may also help preserve lean body mass in athletes and those who workout regularly. In one study performed on boxers using a hypo-caloric diet while eating two or six meals per day of 1200 calories, found that individuals who consumed six meals per day had significantly less loss of lean body mass in comparison to the two meals per day group. This suggests that an increased meal frequency under restrictive diet conditions may have an anti-catabolic effect.

It was also shown in a published abstract that college athletes given snacks of 250 calories after breakfast, lunch and dinner lost a significant amount of fat weight and gained lean body mass. They also experienced significant increases in performance including increases in aerobic power and energy output. It was also found that individuals who consumed the snacks ate fewer calories at subsequent meals.

What and when should you eat?

Despite the fact that eating more frequently doesn’t appear to have an impact on metabolism, it does have an influence on body composition, performance and the type of body you will have! It is crucial that you get the right macronutrients to support your goals. If you are training regularly in the gym, you need to take in at least 40% to 50% protein, 20% to 30 % carbs and 20% to 30 % fats, depending on your physique and performance goals.

In addition, it should be noted that most people fair better on a set meal plan rather than leaving it up to their own devices. If that means eating five to six smaller meals, three to four bigger meals, or one to two extra large meals, that is entirely up to what works best for your lifestyle and personality. Continue to eat fiber-rich complex carbohydrates, lots of green vegetables, lean protein sources such as eggs, chicken, whey or non-fat dairy and fats from nuts, avocado and essential oils.