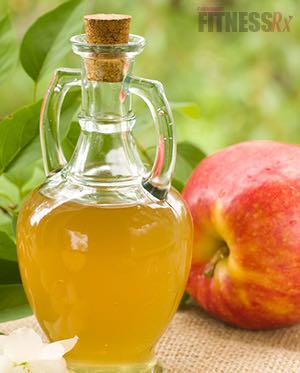 Strange as it might seem, including some vinegar in your diet may improve your bodyweight and lower your blood glucose levels. The biologically active constituent of vinegar is acetic acid, which also happens to be the ingredient that causes people to pucker their lips at the taste of vinegar. Acetic acid inhibits the activity of several carbohydrate-digesting enzymes, including amylase, sucrase, maltase and lactase. As a result, when vinegar is present in the intestines, some sugars and starches temporarily pass through without being digested, so they have less of an impact on blood sugar and body fat accumulation.

Vinegar has long been proposed as an agent to assist in weight loss. One theory is it extends satiety (the sensation of feeling full) after eating. Another hypothesis is that the acetic acid increases the fatty acid oxidation enzymes in the liver, causing an inhibition of body fat accumulation. Acetic acid is the active ingredient in both apple cider and balsamic vinegar.

So, which vinegar is better for aiding you in your weight-loss efforts? 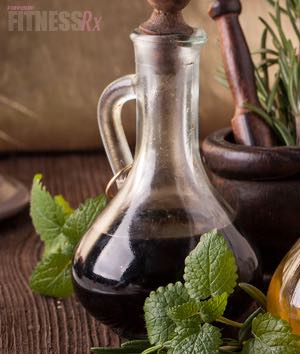 Balsamic vinegars also contain resveratrol, which is a powerful antioxidant that is derived from various types of berries— especially grapes. It has been shown to have several positive cancer and weight-loss benefits. Studies have shown that the natural substance found in red wine and grapes offsets the bad effects of a high-caloric diet and helps to foster longevity. It is believed that resveratrol promotes weight loss by triggering the SiRT1 gene that is responsible for reducing fat stores in low-calorie diets. The research on resveratrol’s weight-loss benefits also indicates the possibility that its antioxidant properties may trigger certain receptors in the upper intestines, allowing for that prolonged feeling of being full.

Some claim apple cider vinegar is the better vinegar for weight loss because it contains the highest amounts of purifying and health-promoting potassium, which acts as a fat-flushing agent. Apple cider vinegar is also known to increase a person’s metabolic rate, leading to a greater caloric expenditure. It also aids in minimizing water retention in the body, which may increase a person’s energy by making them not feel so sluggish. People who are insulin-dependent diabetics that have to take insulin with their meals may even be able to lower their quantities after using apple cider vinegar because it aids in lowering circulating blood glucose (sugar).

Balsamic and apple cider vinegars are particularly healthful, delicious ways to get more acetic acid into your diet, without adding fat. You can use balsamic or apple cider vinegar as a sauce when cooking or marinating chicken or meats. These vinegars also make great choices for salad dressings in place of dressings containing fat and sugar. In addition to adding vinegars, following a healthy diet, such as the Mediterranean diet— which includes vegetables, fruits, whole grains, legumes and nuts, fresh fish and olive oil— can help assist in weight-loss efforts and prevent heart disease.

So which vinegar is better for weight loss? It’s all about personal preference. Although some research states apple cider vinegar to be the superior calorie fighter, the taste may be the dominating decision maker for most people. Since both vinegars contain the active ingredient acetic acid, it simply comes down to fondness.