We all crave food, and most of us crave sugar. Why do we crave sugar over any other food? Bottom line, our cravings are mostly a biochemical result that affects specific hormones in our body, mainly serotonin, cortisol and estrogen. When hormones are disrupted, cravings can go haywire! Ever wonder what’s causing your sugar cravings? Read on to find out! 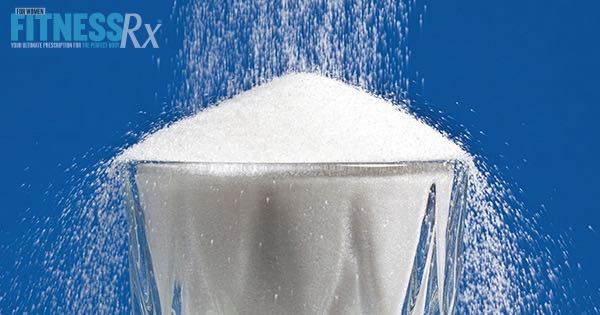 Reason 1: Too Much Low Carb Dieting

Dieting for prolonged periods on low carbs can lead to feelings of fatigue, low energy and subsequent sugar cravings. Although you may believe you’ll eventually adjust to a low carb diet, it may not happen. Some people just function better when they are on a moderate carb diet versus a low carb diet.

If this is you, instead of sticking to a low carb diet and continually suffering or giving into sugar cravings when you just can’t take it anymore, try upping your carbs. However, stick with low glycemic, high fiber carbs that will fill you up and provide a sustained release of energy. This will help to maintain your blood glucose balance and reduce hunger.

Another solution to try is carb cycling, which fluctuates your amount of carb consumption throughout the week. The low carb days will help facilitate body fat loss, while a high carb day every 4 to 5 days can help satisfy cravings and keep your metabolism healthy!

During a woman’s cycle, hormone fluctuations of estrogen, cortisol and serotonin can cause sugar cravings to ensue. Cortisol levels can rise, and as this hormone goes up, serotonin goes down. Decreased serotonin can result in the stimulation of appetite and sugar cravings! Why do we crave sugar? Because it is a quick fix that can provide a satisfying but short-term solution to curb appetite and raise blood glucose quickly when the body thinks it needs it. The result, however, can lead to a cyclic energy high and energy low—further increasing your carbohydrate and sugar cravings.

One study at MIT showed that 19 normal weight women increased their calorie intake by upwards of 1000 extra calories daily, which were predominantly from carbs during PMS. This increase in calorie intake was associated with a low serotonin level. The study found that a carbohydrate-rich, low protein beverage of about 30 g decreased negative mood after 180 minutes and reduced carbohydrate cravings at 90 min. The beverage was designed to increase the ratio of tryptophan—the precursor to serotonin production—to large neutral amino acids, which can block tryptophan uptake and absorption by the brain.

Research has shown that when stress goes up, sugar cravings can double or triple in response to increases in cortisol! When cortisol goes up, mood depresses along with blood sugar. This can result in cravings, energy lows and compulsive eating causing you to reach for anything and everything to make you feel better quickly. One study showed that women who were experiencing high levels of stress, craved sugar and also had significantly higher waist circumferences and higher levels of the hunger hormone leptin! When leptin is high, cravings for sweets are also high!

If you have been getting too little sleep, this will result in an imbalance in your hormones, including serotonin and cortisol. Meta-analyses have shown that short sleep duration of less than 5 hours per night is a significant predictor of obesity, and for every hour of sleep more you get, that predictor decreases. Sleep deprivation has been associated with hormone dysregulation of serotonin, cortisol and hunger hormones (leptin and ghrelin) as well as decreased insulin sensitivity. Bottom line: the better you sleep, the better you recover and the more in control you are of your hunger and your cravings! Aim for at least 8 uninterrupted hours every night!

If your natural gut bacteria are disturbed due to a change in your gut pH, this can result in overgrowth of yeast such as Candida. This can result in blood sugar imbalances, as yeast need sugar to grow! Reducing refined carbohydrates from the diet and eating more complex carbohydrates that are high in fiber can help clean out the gut. In addition, consider eating foods that stimulate natural gut bacteria to flourish such as active culture yogurts.