Whether you’re lactose intolerant, have an allergy or don’t love regular dairy milk, there are now many alternatives (with some unique benefits of their own) worth pouring in your coffee or topping off your protein smoothie. Here are five milk alternatives to replace traditional dairy, along with some tasty recipes, for you to try! 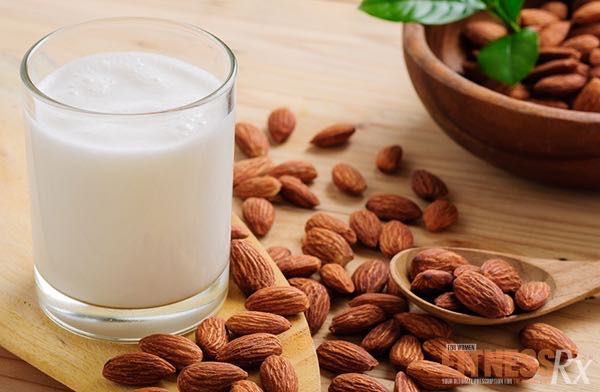 How it’s Made: Almond milk is made from almonds that have been soaked and have had the skins removed. They are then ground with water to a fine consistency and then filtered to remove solids. The taste is of course nutty like whole almonds, but much more neutral.

Pros: The neutral taste makes it a perfect addition to any of your favorite protein shakes, recipes, and low sugar granolas. It’s also low in calories. Unsweetened almond milk provides just 30 calories per cup with 0 g of fat and 1 g of carbs. However, it only has 1 g of protein! It is high in calcium, providing 45% of your daily value, and is also high in Vitamin E, providing 25% of your daily value.

Cons: In addition to being low in protein, many brands of nut milks add emulsifiers and thickener gums such carrageenan or locust bean to improve the texture. Additionally, some manufacturers will add flavors and oils. Choose wisely, and be sure to read the nutrition facts panel before purchasing. 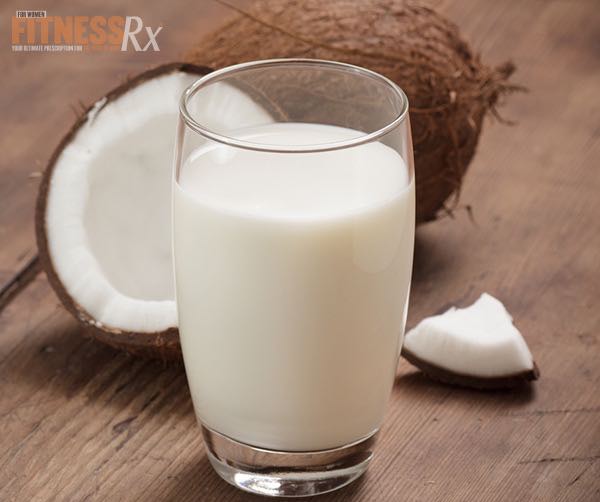 How it’s Made: Coconut Milk is made by blending the fresh, grated flesh of the coconut with filtered water until a creamy and smooth consistency is reached. Due to the fatty nature of coconut, it has more of a milk mouth feel.

Pros: The fatty texture makes it great in recipes that require more of a dairy-like feel. It provides a great source of MCTs (medium chain triglycerides) that are a good source of energy. Coconut milk can add texture and a tropical flavor to protein smoothies, protein desserts or even in sauces and marinades when cooking.

Cons: Since it is higher in fat, it can be calorie-dense compared to other milk alternatives.  One cup serving of coconut milk provides 50 calories and 5 g of saturated fat. It’s also low in protein at only 1 g per serving. Choose unsweetened, tetra pack over the canned version to reduce exposure to BPA. Be sure to read the label for unwanted additives or preservatives. 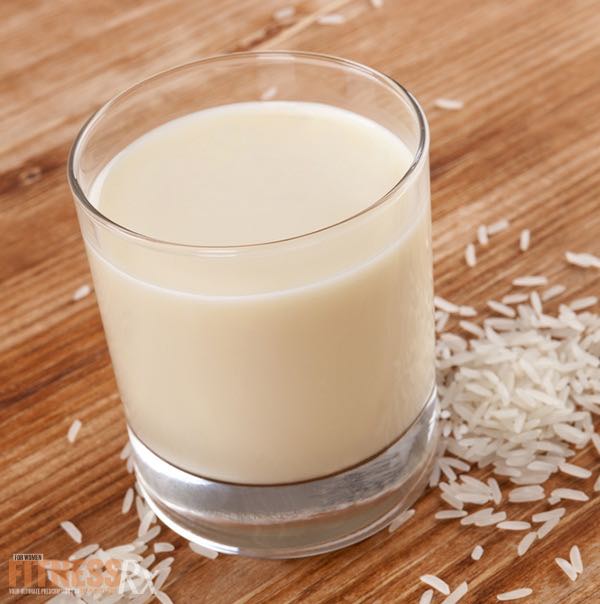 How it’s Made: Rice milk is produced by blending together cooked white or brown rice with water and adding enzymes to break down starches into sugars.

Pros: Rice milk provides a good option for those who have allergies to nuts, soy and gluten. It is often fortified with vitamins and minerals to up its nutritional value, including calcium and vitamin D.

Cons: Its thin consistency doesn’t allow it to replace the milk in your coffee. In addition, it doesn’t offer up too much nutritional value either. One cup serving provides anywhere from 90 to 120 calories, which is quadruple the calories of other milk alternatives on this list. It is much higher in carbs at about 20 g per cup. Additionally, it has been found that some rice milks may contain small amounts of the toxin arsenic, depending on the source of the rice and where it is grown. Overall, with a poor nutritional value and potential contaminants, it’s better to stay away from this alternative. 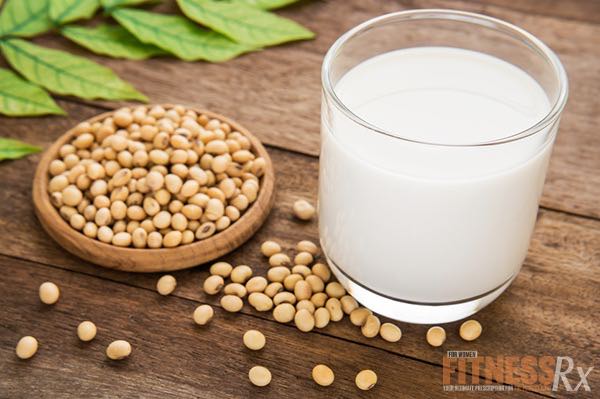 Soy milk is the originator of the milk alternative category. It has been around the longest and has the closest nutritional value to milk.

How it’s Made: Soy Milk is produced by soaking, crushing and cooking soybeans to release and extract their liquid.

Pros: Soy milk provides 7 g of protein per serving, the highest of the milk alternatives. It also delivers a good amount of essential amino acids in that protein. However, it is lacking in the key muscle building amino Leucine. Soy milk can be a great alternative for vegans, vegetarians and those who are intolerant to dairy or whey.

Cons: Soy milk contains phytoestrogens, which have been linked to the effects that can occur with overconsumption of estrogens. Such effect include reduced testosterone levels and increased estrogen levels, particularly when compared to consumption of whey. As far as nutrition, soy milk, although highest in protein, does provide a lot more carbs too! One cup provides approximately 15 g of carbs of which 10 g are from sugar! 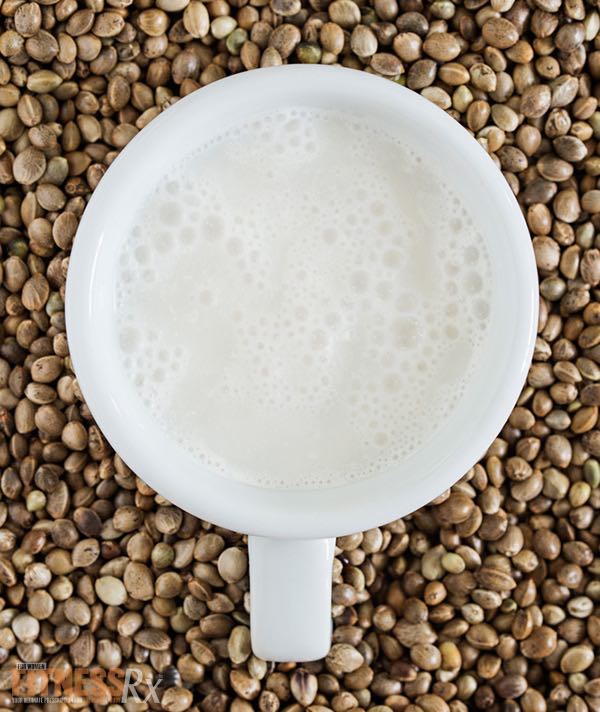 How it’s Made: Hemp Milk is prepared by soaking and grounding hemp seeds with water and then extracting the liquid. The result is a creamy, beany-flavored beverage, free of THC. The seeds of hemp only contain trace amounts of the active psychotropic ingredient known as THC, but you are left with some pretty good nutrition!

Pros: Hemp seeds are high in PUFAs( polyunsaturated fatty acids including omega-3 fatty acid). They are also high in Vitamin C, beta-carotene, calcium, iron, magnesium, B-Vitamins and 10 of the essential amino acids! Hemp is also GMO-free and a good alternative for anyone allergic to soy, gluten, dairy or nuts.

Cons: Although Hemp seeds are loaded with nutrients, it can be hard to find a good source of hemp milk that hasn’t been modified with additives or sugars to sweeten the taste. Look for unsweetened varieties. It’s also pricey and not as available as some other alternative sources of milk.

Want some recipe ideas for these alternative milks?

Here are a few tasty ideas! Simply mix the ingredients in a blender until smooth and creamy.