According to the American Cancer Society, breast cancer is one of the most common cancers among women. In the United States, it’s expected that by the end of 2014, about 232,670 cases of breast cancer will be diagnosed in women and about 40,000 women will pass away from the disease (it’s also important to note that each year, about 2,190 men are diagnosed with breast cancer and about 410 succumb to the disease.)

But there is also good news— at this time there are more than 2.8 million breast cancer survivors in the United States, according to the American Cancer Society. And to decrease your risk, there are things you can do in your daily life.

Here are eight tips for decreasing your risk and promoting a healthy lifestyle: 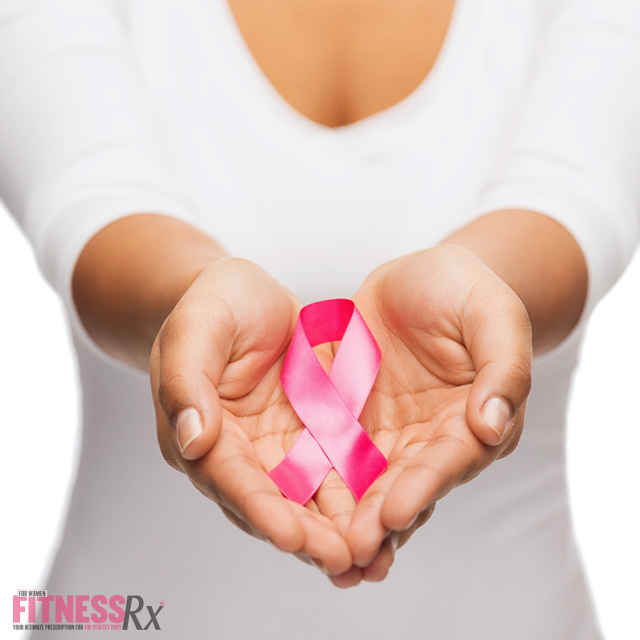 Perform Self-exams. Previously, the American Cancer Society recommended monthly breast exams, but they now encourage “breast awareness”— knowing how your breasts look and feel, and being aware of any changes you may notice during showering or dressing, for example.

Take notice if there is a mass in the breast (or irregular contour), enlarged reddened breast, any skin changes where the skins starts to look orange, pain or itching of the breast, and/or abnormal nipple discharge, said Dr. Kecia Gaither, Director of Maternal Fetal Medicine at Brooklyn’s Brookdale University Hospital and Medical Center. Any woman, of any age, should get a suspicious lump or other breast change evaluated.

Eat a Healthy Diet. While a diet high in fat, red and processed meats, and sugary foods increases the risk of heart disease and diabetes, studies also show it could increase one’s risk of some cancers, including breast cancer, said Dr. Gaither. “Studies on diet, physical activity and weight conducted by two entities— the World Cancer Research Fund and the American Institute for Cancer Research— noted the benefits of eating primarily foods of plant origin. Cruciferous vegetables like cabbage, kale, Brussels sprouts, broccoli, berries and garlic revealed the strongest links to cancer prevention.”

Limit Alcohol Intake. It’s been found that alcohol increases estrogen in your bloodstream, so one drink per day may slightly increase breast cancer risk, while more than one drink may pose a more significant risk. While there are currently no studies that directly attribute more drinking to a breast cancer diagnosis, moderation is still key.

Increase Physical Activity. It has been shown that being overweight may increase breast cancer risk, especially after menopause. In addition, active women are 25 percent less likely to develop breast cancer than women who aren’t very active, according to the American Cancer Society. One study even found that walking for just 75 to 150 minutes during a week could reduce breast cancer by 18 percent.

Breastfeed. Some studies have shown a reduced risk of breast cancer with breastfeeding, and that protection may build up over time with the number of children that are breastfed.

Don’t Smoke. Research conducted in 2012 confirmed that smoking is a contributing risk factor for developing breast cancer, according to the American Cancer Society.

Get an Annual Mammogram. As an obstetrician, Dr. Gaither follows the guidelines of the The American College of Obstetrics and Gynecology— that beginning at 40, all women should get annual screenings. Prior guidelines recommended routine screening mammograms every one to two years starting at age 40 and annually beginning at age 50. “The change in these guidelines was based on three factors— the incidence of breast cancer, the time period for breast cancer growth and the potential to reduce the number of deaths.”

Dr. Gaither shared four things you may not have known about the disease:

1. Breast cancer can occur in teen years. This is rare, but it can happen, so it’s important for teens to learn to examine their breasts early. It’s a good idea for them to assess the breasts a few days after their menstrual cycle (when the breasts are less tender), so that they can learn to recognize any changes.

3. There is more than one type of breast cancer. The type is dependent on where in the breast the cancer originates; ductal, inflammatory and metastatic are examples.

4. The majority of breast cancer survivors have noted an increased incidence of sexual dysfunction. The causes of this are both physical and psychological.