Skip to content
FitnessRX for Women > Life & Health > Healthy Mind > Giving Up Alcohol: What I Learned
Share This! 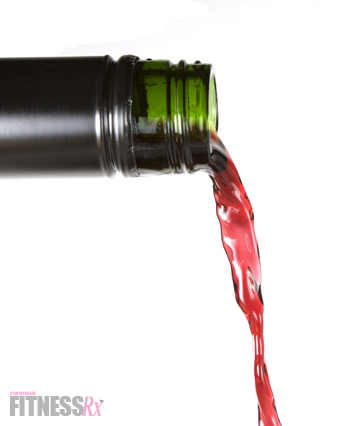 While perusing the FitnessRx for Women website and Facebook page right before Easter, I saw many women talking about how they wouldn’t be indulging in any treats on Easter Sunday, instead opting to stick to their health and fitness goals. This is really admirable. However to me, Easter and other holidays are about indulging a little bit, and allowing myself to have some treats that I try to consume in moderation the rest of the year. So I enjoyed my chocolate and sugar-covered treats that day, and didn’t feel guilty about it!

I have always loved Easter and Lent, because it is a time of renewal— spring is just beginning, the flowers are blooming and summer is in our reach. But it’s also a time of self-renewal. Lent isn’t just about giving something up for 40 days— it’s about improving something about yourself, in hopes that you will carry over what you learned into the rest of the year. Every year, I always give up something or try to work on something during Lent, and over the years that has included avoiding chocolate, cake or ice cream, or just making an effort to eat healthier and exercise more. This year, I decided to give up something that shockeda lot of people— drinking alcohol. I thought this idea was perfect because I have been trying to eat healthier, and giving up alcohol entirely would only add to my new healthier lifestyle.

I’m not a huge drinker, but I do have drinks on weekends sometimes, and many weekend outings are centered around going out for a drink with friends. During Lent, I decided I would still go out with friends, I just wouldn’t be drinking. When I told people about my plan, they often responded, “I could never do that.” This made the idea even more appealing to me— I like a challenge and accomplishing something that other people will doubt.

There were times during those 40 days when it was a little difficult, when it would have been much easier to pick up a drink like everyone else around me. During Lent, I attended a friend’s birthday outing— at a winery. It was a little bit strange to avoid drinking at a winery, but I figured hey— if I can do this here, then rest of Lent will be a breeze. So I was the designated driver, and still enjoyed myself and everyone’s company without drinking. Then of course it was St. Patrick’s Day. I went to a parade, and I think I may have been one of the only sober ones there. I went to another St. Patrick’s Day outing, where I also was the driver.

I quickly began to realize that whatever “benefits” I would get from drinking were vastly outnumbered by the benefits of avoiding alcohol altogether. Never did I have to worry about getting myself home, or feeling sick with a wine headache, or feeling bloated and/or nauseous from drinking. I was still able to have fun and enjoy myself, even if I was the only one who wasn’t drinking, and better yet— I always had a clear mind, and never had to worry that I would say something I regretted after having a few drinks. Maybe it sounds silly or like a cliché, but making the conscious decision to not drink for 40 days gave me a new perspective on not only drinking, but also on doing what is best for myself no matter what anyone is doing, and following my own principles despite what everyone else says or thinks. After a few weeks, at times I even forgot that I had given up drinking. I didn’t miss it at all.

The end result is I accomplished my goal, lost a few pounds in the process, and I feel better than I ever have in my entire life. To celebrate, on Easter I had a glass of wine, which, at first, was lovely because I have always enjoyed wine a lot. However, I found that after a couple of sips, it wasn’t appealing to me. I’m not sure if this was due to the sugar I had consumed all day, or if it was the fact that I hadn’t had wine in so long, but I felt myself getting a headache and didn’t enjoy the feeling at all. Instead, I missed the way I felt when I wasn’t drinking.

These same thoughts can be applied to healthy eating and a regular exercise plan. It’s hard at first, but after a while you realize that exercising and eating healthy makes you feel much better than fatty foods ever could. This doesn’t mean I’ll never drink again, it just means I don’t have to partake just because other people are and that I won’t overindulge, because the adverse feelings are just not worth it. I realize that avoiding alcohol will ultimately make me feel better than having some drinks. And at least that way I can be sure that I won’t have a headache in the morning. 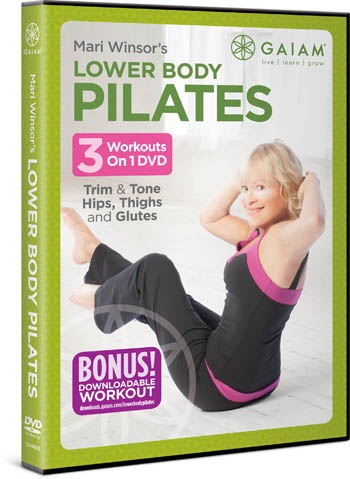 I have tried a Mari Winsor Pilates DVD before, and I liked it. I like Mari Winsor, a Master Pilates instructor, because the routines are usually short and to the point— she gets right into the basics of the workout.

Pilates used to be a regular part of my practice and I prefer it to other forms of exercise because I find it to be more challenging. However, it’s been a while since I have done Pilates, so I was interested to see how well I would do with this. This particular DVD is great because it focuses on the lower body, which I am constantly looking to improve upon.

I still have to work on my Pilates practice and my flexibility, and this is just the DVD to help me do it. It has three 20-minute segments that focus on different parts of the body. Twenty-minute Pilates and yoga workouts are appealing to me because I feel that is a sufficient amount of time to do these exercises, and it’s easy to fit a 20-minute workout in, even when I have a busy day. These routines might be a little difficult and fast-paced for newcomers to Pilates, but with patience and practice it’s possible to keep up.

In addition to the DVD, there’s also a bonus, 10-minute Express Abs routines that you can download online. The three parts of this DVD are (each is 20 minutes long):

Slim & Sculpt Hip Routine: This was good, and surprisingly tough. This included many Pilates moves I have not done for a while, lots of great moves for the core and waist. I had some difficulty holding some of the poses, but that just gives me something to work toward.

Trim & Tone Thigh Routine: This section focuses on lengthening and tightening the thigh muscles, in order to achieve leaner and more defined legs. I really love thigh and leg workouts like this because it’s an area for me that is tight. I’m excited to continue practicing this routine because it seems as though it will really help me with flexibility in that area.

Lift & Sculpt Glute Workout: I have been doing a lot of glute workouts lately, and I definitely think that helped me out during the tough workout. I love any kind of glute workout, and this is a good one.

If you are looking for a great way to add Pilates to your workout regimen for only 20 minutes a day, then pick up this DVD. For more information visit gaiam.com.

Know of any other Pilates DVDs you think I should try? As always, feel free to reach out to me atlsteuer@advancedresearchmedia.com.