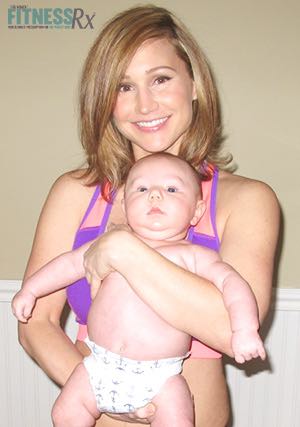 Fitness superstar Jamie Eason Middleton, founder of the popular Bodybuilding.com LiveFit 12-Week Trainer, has had a pretty amazing year. She experienced her first pregnancy, gave birth to her son August Middleton and announced the launch of her signature supplement line with Labrada Nutrition.

FitRx hasn’t caught with Jamie since just a few weeks before August’s arrival, so we were eager to hear all about this exciting time. In this candid interview, Jamie discusses her difficult labor and delivery, the first few months of motherhood, her post baby body, her training and nutrition approach and the Jamie Eason Signature Series supplement line. This interview is full of nuggets of wisdom for Moms and Moms-to-be. We hope you enjoy it as much as we did!

How have the first few months as a Mom been? 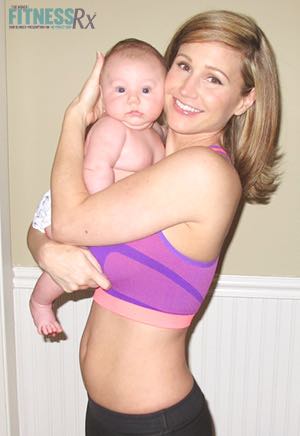 The first few months have been exciting but exhausting. Michael, my husband, has been a huge help, but a newborn sure needs his mama a lot when it comes to breastfeeding. Fortunately, August is getting more efficient with eating, and mommy is getting less clumsy. We are all sort of finding our rhythm at this point with feedings and diaper changes. My husband, thankfully, volunteers a lot. Now we are just hoping to get the sleep part nailed down, and we’ll be golden.

What has surprised you the most about the experience?

Silly me! I thought that I’d have plenty of time to finish up projects once the baby was born. Extra time and new baby really don’t go together ever. It was much easier carrying August around inside my tummy than on the outside.

What advice would you give to other first-time moms about the first few months of motherhood?

It’s hard at first with the sleepless nights, sore nipples from breastfeeding and hardly any time to take care of you or to straighten the house. You start to feel run down fast. So, do your best to plan ahead for meals (maybe consider using takethemameal.com), find someone to help you clean and do laundry if you can and take a shower any chance you get. Being clean and well-fed goes a long way when you’re sleep deprived.

What has been the most challenging thing you’ve experienced over these last few months?

Breastfeeding was initially a challenge. Although August took to it right away, the typical soreness did not subside after the first couple of weeks. I thought we were having latching issues, but soon discovered that his frenulum under his tongue was shorter than normal. It did not allow him to suck and draw the milk in without pinching. We were told to see an Ear, Nose & Throat Specialist to have it cut. Well, I couldn’t bear the thought of putting him through surgery, so we opted out and I’ve continued to tough it out. With practice, we’ve both gotten better at it and the pain is now minimal. I also had engorgement issues but have finally regulated my milk supply.

Breast-feeding was certainly tough in the beginning, but we’ve stuck with it and I enjoy our cuddle time. I will say this, the progesterone is still surging through my body post-pregnancy and that will likely continue as long as I breast feed. It will certainly slow any progress to get fit and lean. Regardless, baby comes first, so I’ll just do the best that I can.

I know it’s only been a few months, but do you think August is more like you or your hubby?

I think August is the spitting image of his daddy. Their noses are identical, and the pediatrician thinks his eyes will end up blue like his dad’s. Since Michael and I have similar lips, there is no telling whose mouth he has? His little body is too soon to tell, and we are only getting little glimpses of his personality. He has a really great temperament and hardly ever cries. So, at this point, we are both trying to claim that he has our personality.