The onset of my photography career required that I don two distinctly separate and sometimes contradictory hats.

Part of my time was spent working as the photo editor of a youth lifestyle and fashion magazine. In this job my roles included running a team of photographers, working with fellow editors to develop content and even personally photographing pieces for the publication.

The rest of my time was spent also working as a staff photo editor, but this time at a weekly newspaper. My duties here were also running a team of photographers, working with fellow editors to develop content and even personally photographing pieces for the publication. 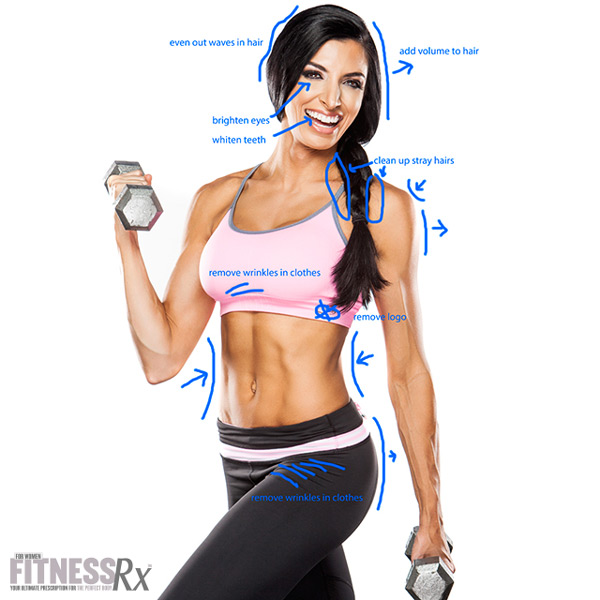 Although the two positions sound identical, there actually existed a tremendous chasm separating what was permitted at one publication versus the other. It was my job to understand and execute them both.

At the newspaper we were never permitted to “stage” a photo unless it was an environmental portrait. The essence of photojournalism is the ability to capture those real life moments. Constructing that moment would essentially be lying to the viewer. Altering the scene you are going to photograph for the newspaper would be the visual equivalent of faking a quote from someone.

Contrast that to working at the magazine where every image in the publication was staged and constructed— from the cover shoots, to the fashion spreads to the environmental portraits. Each photographer was given license and highly encouraged to explore their creative visions. As the photo editor, I sought out photographers who had great vision over photographers with great technical ability— as the latter could be taught.

The difference between the two publications continued when it came to editing and the post-production of images.

As the photo editor of the newspaper, the amount of editing I could do to an image was restricted to adjusting exposure, contrast and sharpness. Dodging and burning (brightening shadows and darkening highlights) was permitted to the extent that it did not change the context of the image. That was our guiding principle as photojournalists and it was further reinforced in college classes on ethics and journalistic standards. We could never change the context of an image before it went to press. What we saw is what we had to show the viewers.

A different approach was taken when I worked at the magazine. The image could be modified and manipulated so it could match the content of the article. For a piece about video game addiction, I photographed a person and added in multiple arms, each holding a different video game controller making them look like a Hindu deity of gaming. For an article on navigating life, I photographed a variety of people and various objects and edited them together on a giant board game, essentially making them pieces of the game. For another article on cyber-stalking, I edited binary code across someone’s face.

These are extreme examples, but the point is the photos were not intended to be news-oriented. The images were constructed, shot and post processed to be illustrations to represent an idea or tell a story. No one looking at them would have actually believed that there is a person with six arms playing video games, that there exists a giant life-size board game that we all fit, on or that the cyber stalker actually has ones and zeros tattooed all over their face.

That willing suspension of scrutiny does not carry over to the magazine’s cover. As long as I’ve worked as a photographer, and even as a photo editor, I’ve witnessed a high volume of discussion related to the negative impacts that photoshopped magazine covers have had on our society.

The specifics of the conversation have not changed in more than a decade, however the volume, with the aid of social media, has grown exponentially. There are now YouTube channels and entire websites dedicated to revealing how much editing is done to the covers of the magazines we read. The tone of these online features can even be vicious, attacking the photographer, editor, subject and publications themselves.

As someone who shoots 30 to 40 magazine covers a year, mostly in the health and fitness industry, I’ve been involved (albeit indirectly) in a fair share of these discussions.

In 2014, a magazine shoot I did went viral, even making it onto national news. There was an outcry of online protests claiming that the subject I photographed was photoshopped and the person did not look as good in real life as she did in the final images.

The story popped up on CNN, Fox News as well as innumerable blogs and social media accounts. Many people were shouting out against the subject and how she was photoshopped whereas many others were screaming in her favor about the positive message she espouses.

The irony was, not a single person or news outlet ever contacted me, nor the magazine, to inquire on the degree the image was edited.

They were edited, of course. Every image you see in a magazine is. When it comes to magazine covers and profile images of people, myself as a photographer and the clients I work with are not trying to manipulate the context of the images. Instead we are trying to showcase them in the best light possible. This does not include shooting for advertisements, which is a whole other topic of conversation.

Photographing someone for a magazine cover begins with creatively planning the shoot. Selecting the proper location to shoot at, having hair and makeup applied, setting up the proper lighting, shooting it accurately with vision and style and then, finally, post processing the files. The editing is only a small part of a greater construct, yet it is the only part that seems to upset people.

I don’t often see blogs about the location we chose to shoot at and how that compliments the image or how the subject is wearing makeup that makes them look younger, or that we selected a outfit that perfectly flatters them, or that I know how to light someone with strobes and then pose them in the most appealing angles. No one complains that I shoot portraits with a telephoto lens because it makes the body appear slimmer rather than using a wide-angle lens. No, once again, the only complaint seems to be about the editing.

How many times have you seen a gorgeous sunset or a breathtaking landscape and whipped out your phone to take an image of it only to then look at your phone and see all the things wrong with the scene?

Once you look at your screen, you see the telephone poles in the distance, or the person walking in the background, or the trash on the ground. You didn’t see these things before you took the photo— only after you looked at it on your screen.

The goal is not to intentionally take someone and turn them into something they are not. I look at my job in shooting covers as to bring the image and the subject back to the beauty I and everyone else on set saw them in. That, once again, includes the location we shoot at, the hair and makeup, the lighting we use, the outfits we select, the lens I decide to photograph it with, the angles we pose the subject in and finally, yes, the way the image is post processed.

Before the actual Photoshop computer program, images were still manipulated. Photographers would throw on a soft focus lens for beauty portraiture— that didn’t seem to arise any complaints. Photo editors would airbrush over images— that didn’t seem to upset anyone. Film photographers would labor over an enlarger (the machine that shoots lights through a negative onto photo paper to print an image) burning and dodging and fine tuning the focus to get the best print possible, and that never seemed to anger viewers.

Photoshopped magazine covers have simply become an easy target and scapegoat, making a much bigger statement about what our society has become now that everyone can have a voice and a platform courtesy of social media.

Want proof? Last year I photographed and had a cover published of a fuller-figured fitness talent. A barrage of negative commentary followed about how fitness magazines should not publish individuals who don’t appear fit enough to be on the cover.

Perhaps they would have been happier had I edited her images more.

James Patrick, ACS, ALB is am award winning and internationally published commercial and editorial photographer based in Arizona. He has also worked as a marketing professional, website strategist, journalist and a public speaker covering a variety of topics including photography, marketing and business development. James is a co-host of both TheProExposure and Photo Buddies podcasts. He is a past recipient of the Inside Tucson Business as an Up & Comer of the Year award and has received numerous ADDY® Awards from the American Advertising Federation for his work in photography. His work is available to be seen at jamespatrick.com and his e-books are for sale at FitModelGuide.com. His website is JamesPatrick.com and you can connect with him on Instagram @jpatrickphoto.